SEA IMAM Gathering: We made our own make up!

A bunch of Southeast Asia based IMAM-ers had a gathering and we decided to make our own make up! We bought the base and some micas from Müse and TKB Trading... 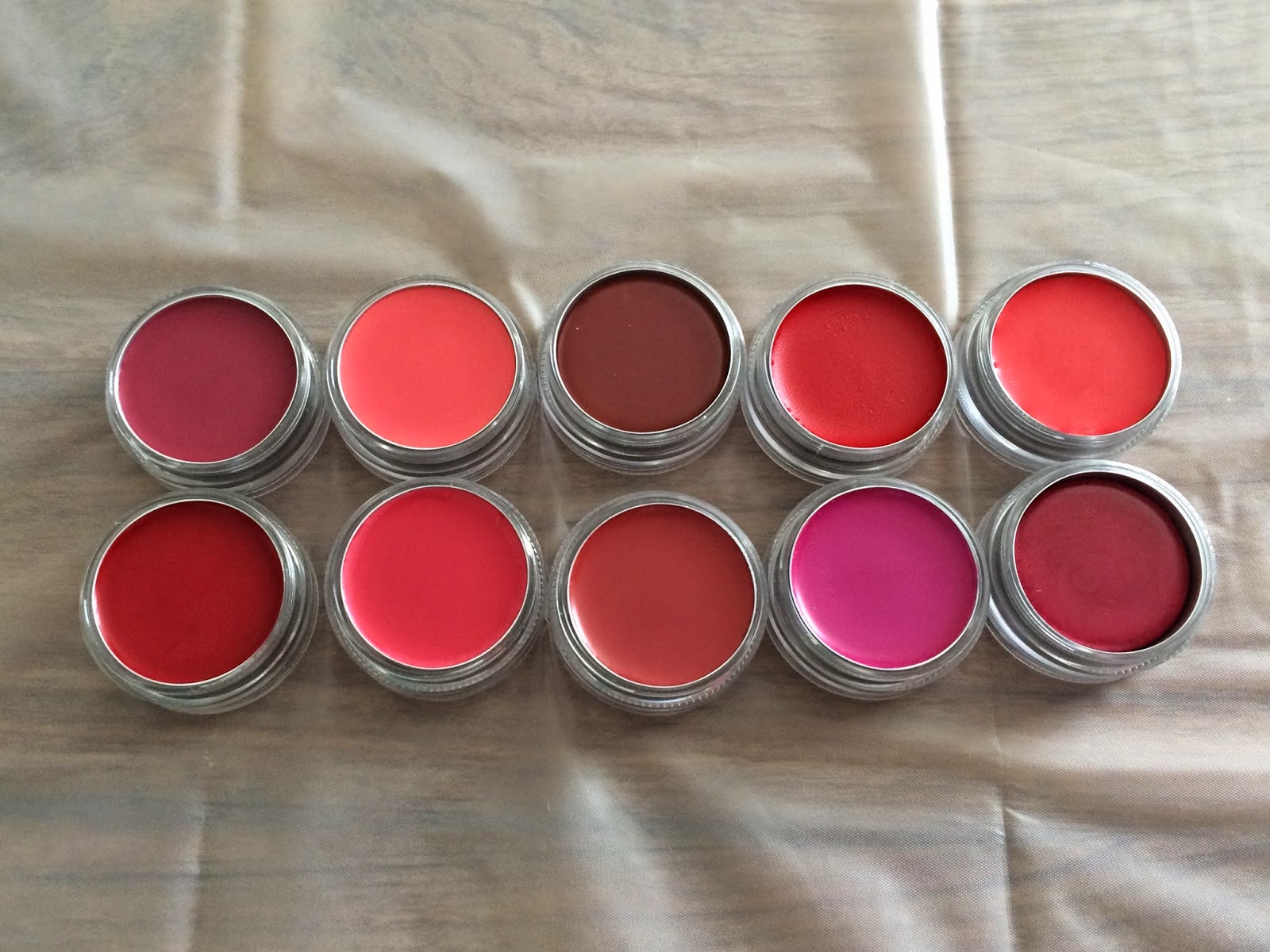 Here are the colours we made (arranged in alphabetical order according to usernames):


The Women of Discworld Collection


From top to bottom:

Esme: Steely purple with a green shift. A nod to her personality, her name, and the colour of magic –octarine.

Angua: A beautiful fair-haired woman who's also a dangerous werewolf. Obviously, her colour has to be blonde with a red shift.

Perdita X Nitt: A blackened purple. It's the kind of colour Perdita likes.

Magrat: She's a wet hen and kinda wishy-washy. Her colour is a soft lilac..but with a golden shift to reflect the queen that she became.

Nanny Ogg: Well, her colour has to be a luscious, luscious plum with a rich, metallic gold shift.

Close ups!
A lip colour I made...I'm calling it "Dancing About Without Yer Drawers On" 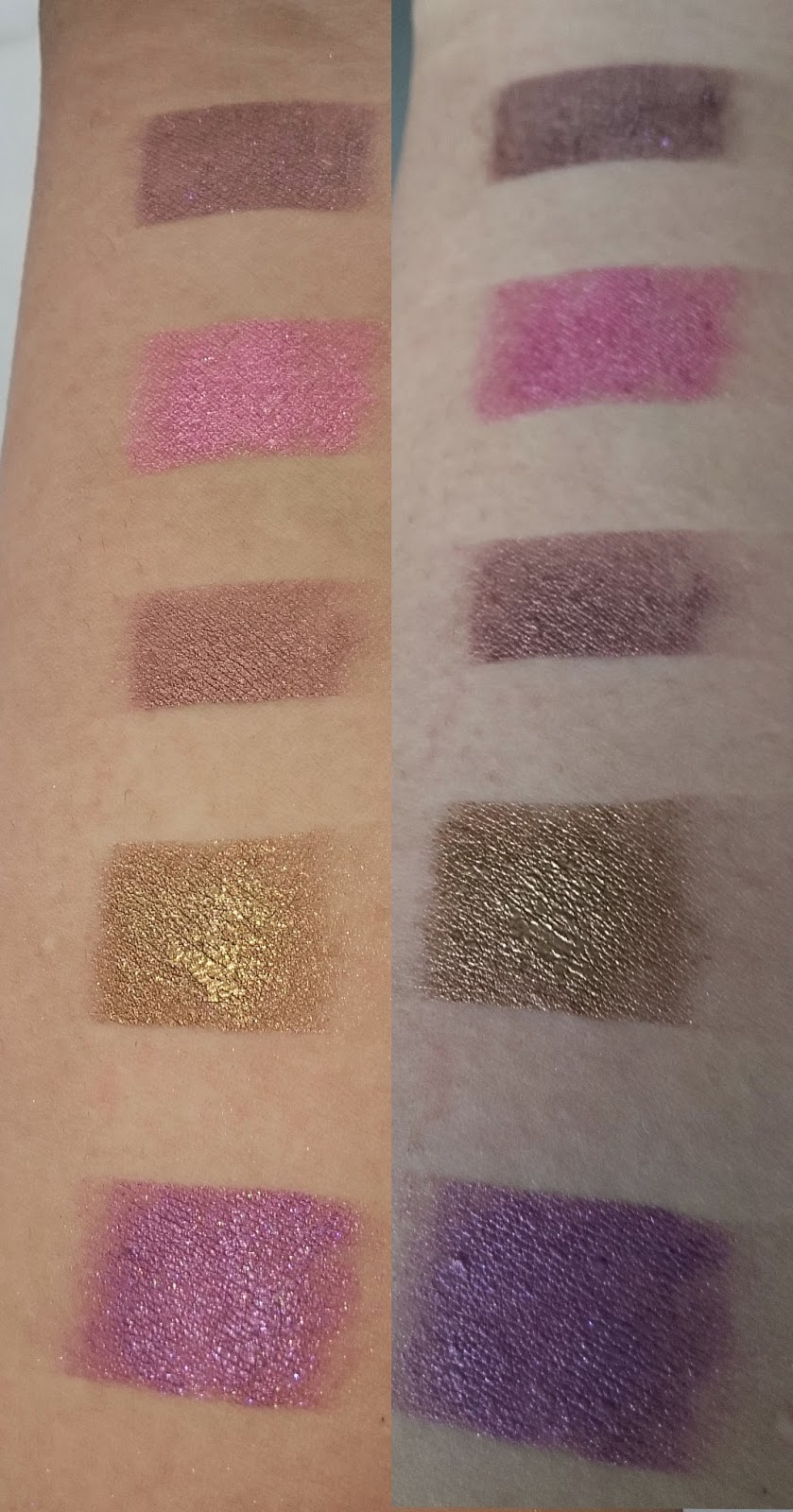 From top to bottom (written by /u/MachtdeMurker)

Aerith Gainsborough: Taupey pink over a black amethyst base with a slight pink to purple shift. A flower seller from Midgar, the plucky young girl who favours pink clothing turns out to be the last of the Cetra with enough power, guts, and sincerity to save the world.

Odin's Gunge Lance: Bright pink with a hint of shimmer. Odin, the legendary knight, is able to wield the pink Gunge Lance, dealing a moderate amount of damage to an enemy after flinging the lance into the sky, allowing it to strike the enemy from above.

Oversoul: Muted bronze over a shimmery purple base. One of Tifa's Knuckles, the bronzed Oversoul is able to double the damage dealt if Tifa's health is critical, and quadruples it when Tifa is inflicted with Death Sentence, which potentially makes this one of the hardest-hitting weapons if used right.

Alexander's Holy Judgment: Solid shimmery gold. Alexander, an ancient weapon infused with a sacred power, fires beams of holy light rays to deal a major amount of damage when summoned. Its iconic golden rays are to be feared - As it is passing its Judgment on to you in the form of major Holy-based damage.

Hades' Black Cauldron: Bright shimmery violet. One of the most powerful summons, Hades is able to cook up a purple miasma from his cauldron and inflict heavy damage along with a huge plethora of status conditions to any unlucky foe on the receiving end. Not a summon to be messed with.

From top to bottom (written by /u/postmortemism)

Ghost Love Score: In the moonlit waters, I come to you. Taupe purple base with silvery green sheen.

Last of the Wilds: At world’s end, the nightforest embraces its flames. Dark pine green with red sparkles.

She Is My Sin: Call me to desire, I am the Fallen. Eggplant base with pink shimmer.


From top to bottom (written by /u/roseatesg):

KIM TAN: Neutral brown with orange-yellow shift - Hot tempered and immature, Kim Tan was exiled to the US at a young age by his older step brother.

LEE BO NA: Rose gold with a strong gold shift - Bo Na is the heiress to the biggest entertainment business in town. Somewhat spoiled but very cute and has a good heart.

CHOI YOUNG DO: Silver-grey with shimmers - Young Do is known for his cunning and volatile villain ways.

Oh, and she made some (for the time being) unnamed lipsticks:


From top to bottom (written by /u/three8six9):

Atom Dance: She's finetuning her soul to the universal wavelength. Accepting her pain and suffering and be one with the universe. No one is a lover alone. Beneath the bright plum purple with lots of sparkles, there lies the darkness of one's pain from being brokenhearted.

Black Lake: Her heart is an enormous lake, black with potion; blind and drowning in this ocean of darkness. Shimmering dark green, let her sheds off the layers of pain as she enters the atmosphere. It's not easy but there is a way out.

Stonemilker: A juxtaposition in fate, find their mutual coordinates. Show her some emotional respect. Classic rose gold, representing the undying love and hope she has in her dying relationship.

Tombie: Enchanting hazel green, oh how I miss staring into those beautiful eyes for all day and night. I would love to wear that colour on me.


Here are more pics from the event... 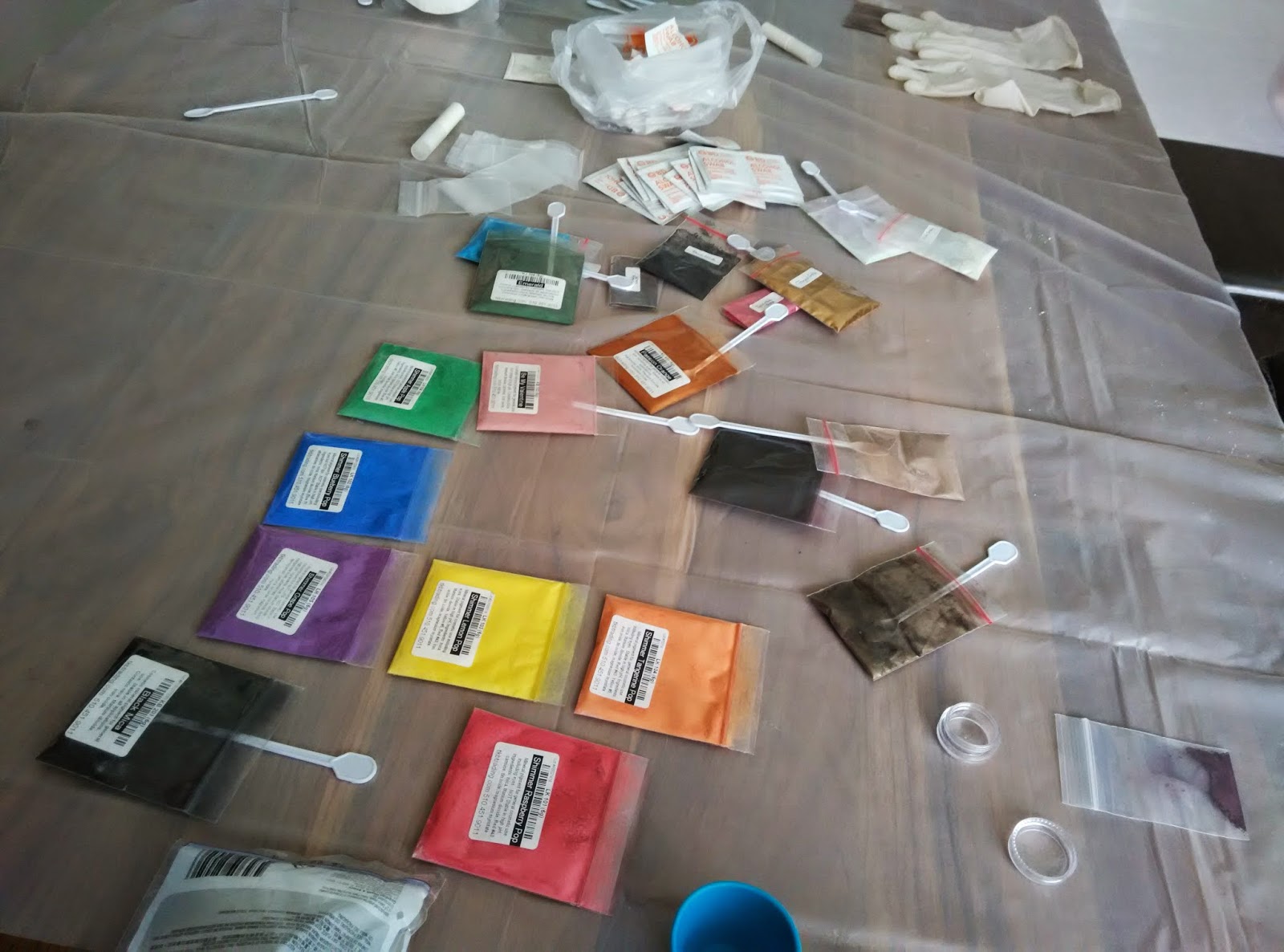 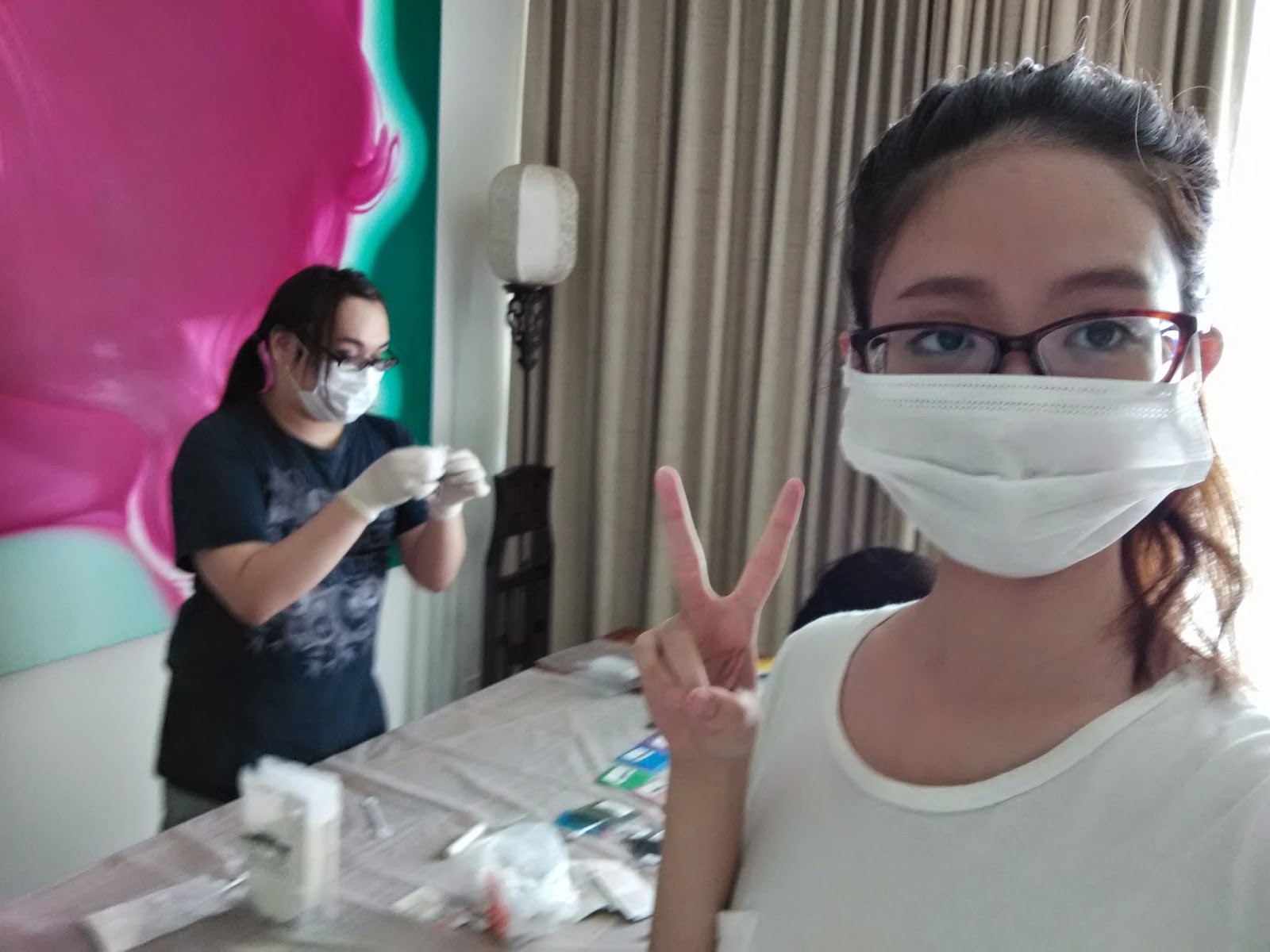 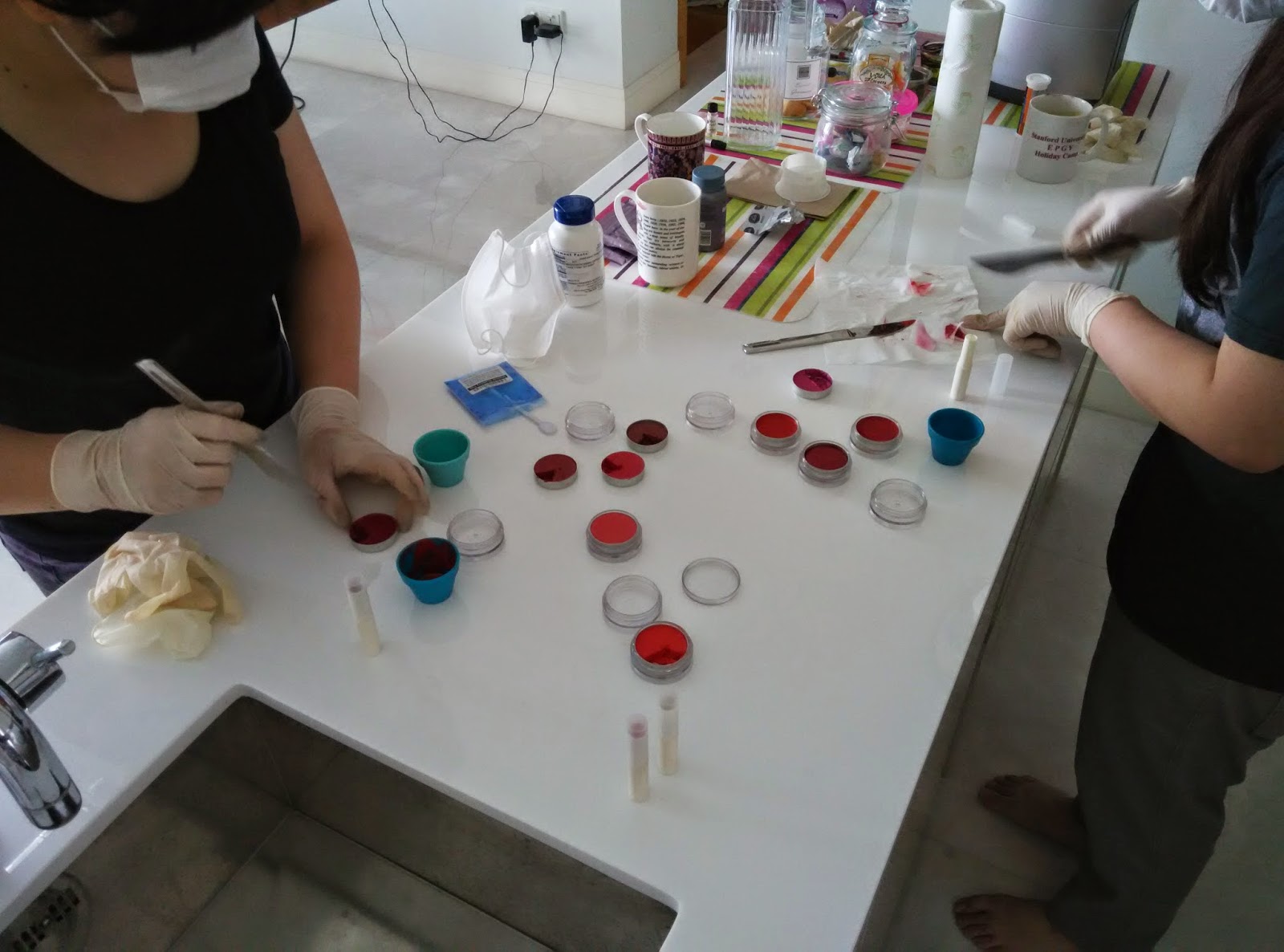 Of course, we took tons of selfies...dumping all of them here so everyone involved can download their faves! 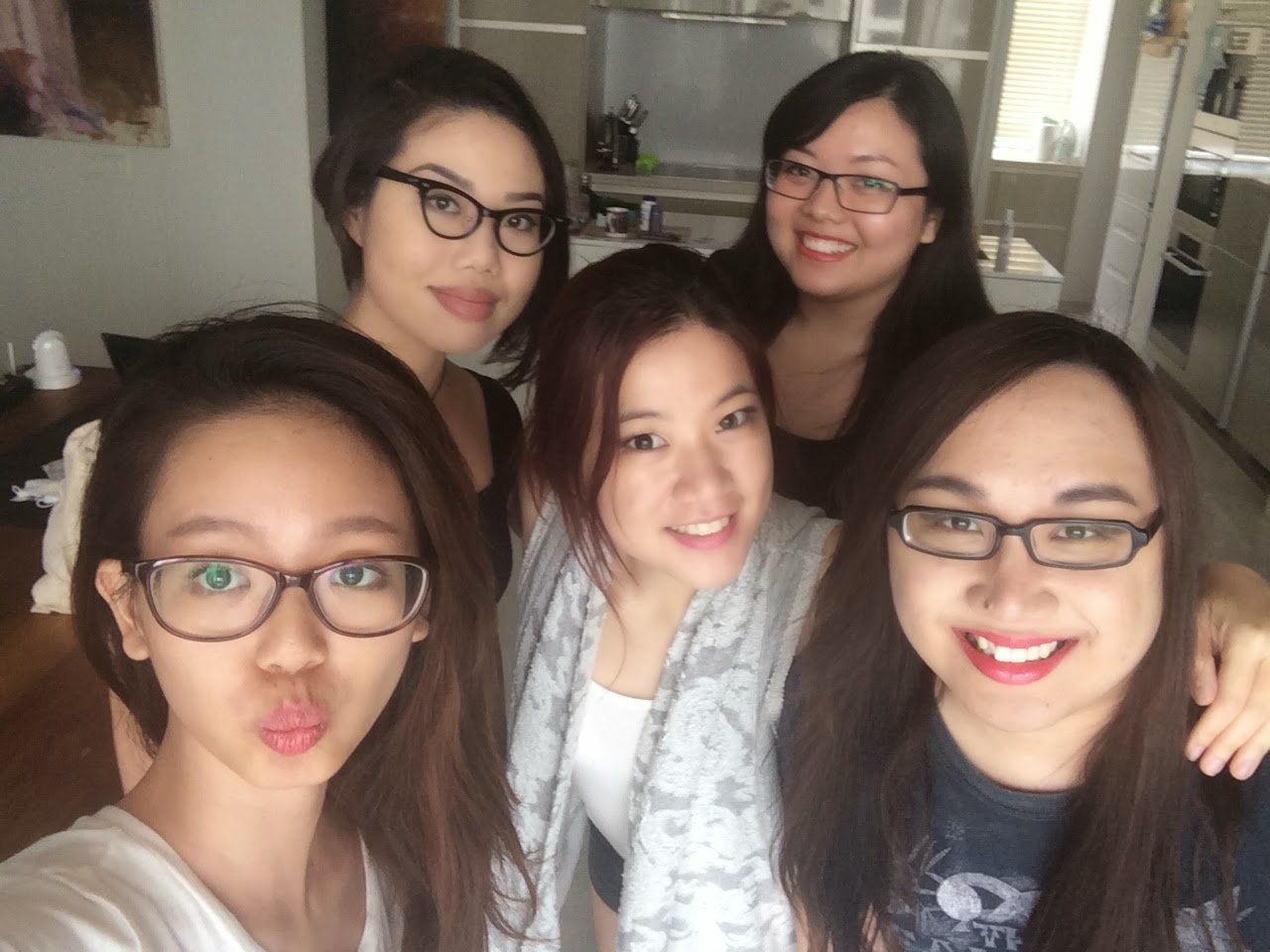 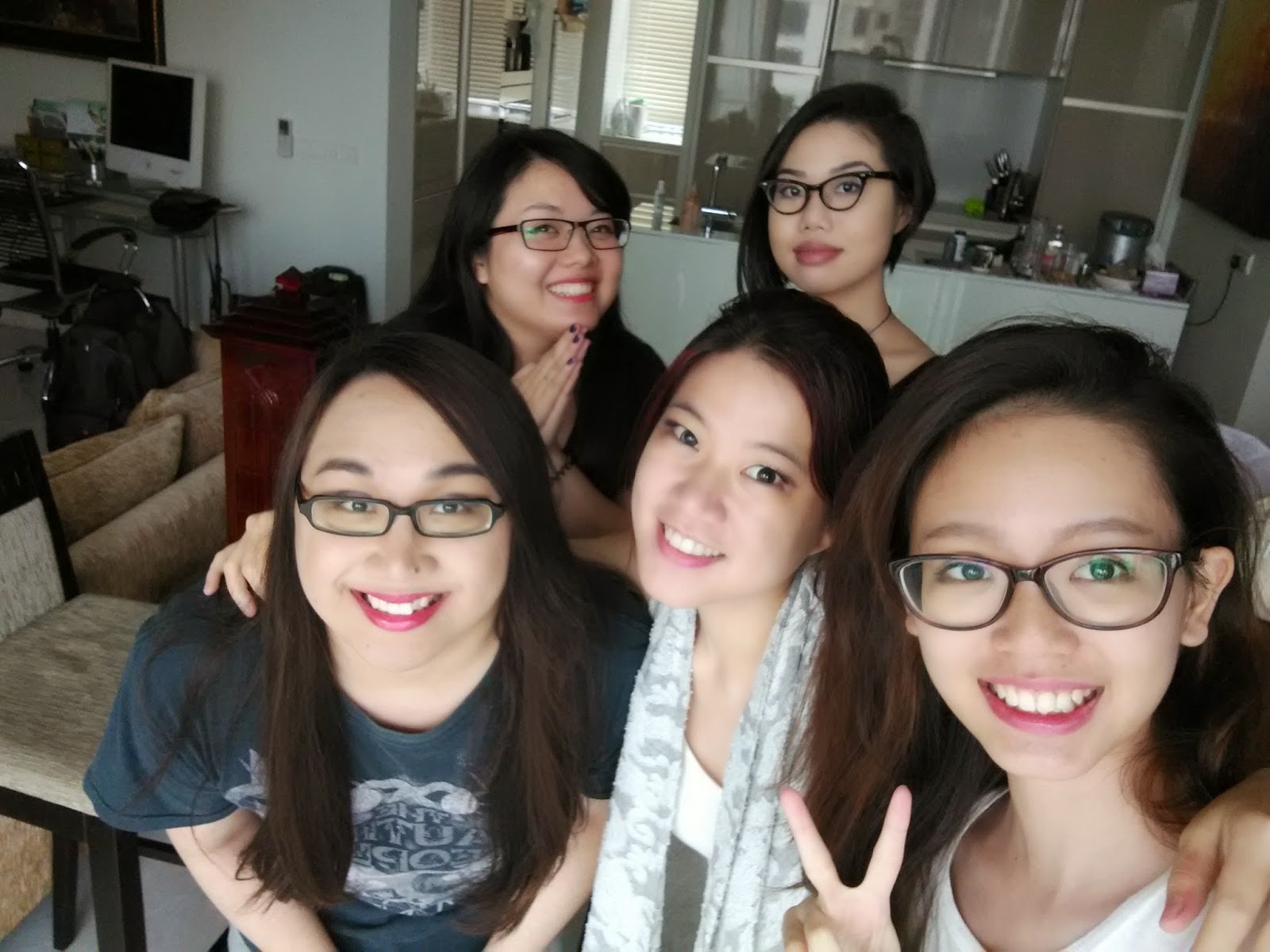 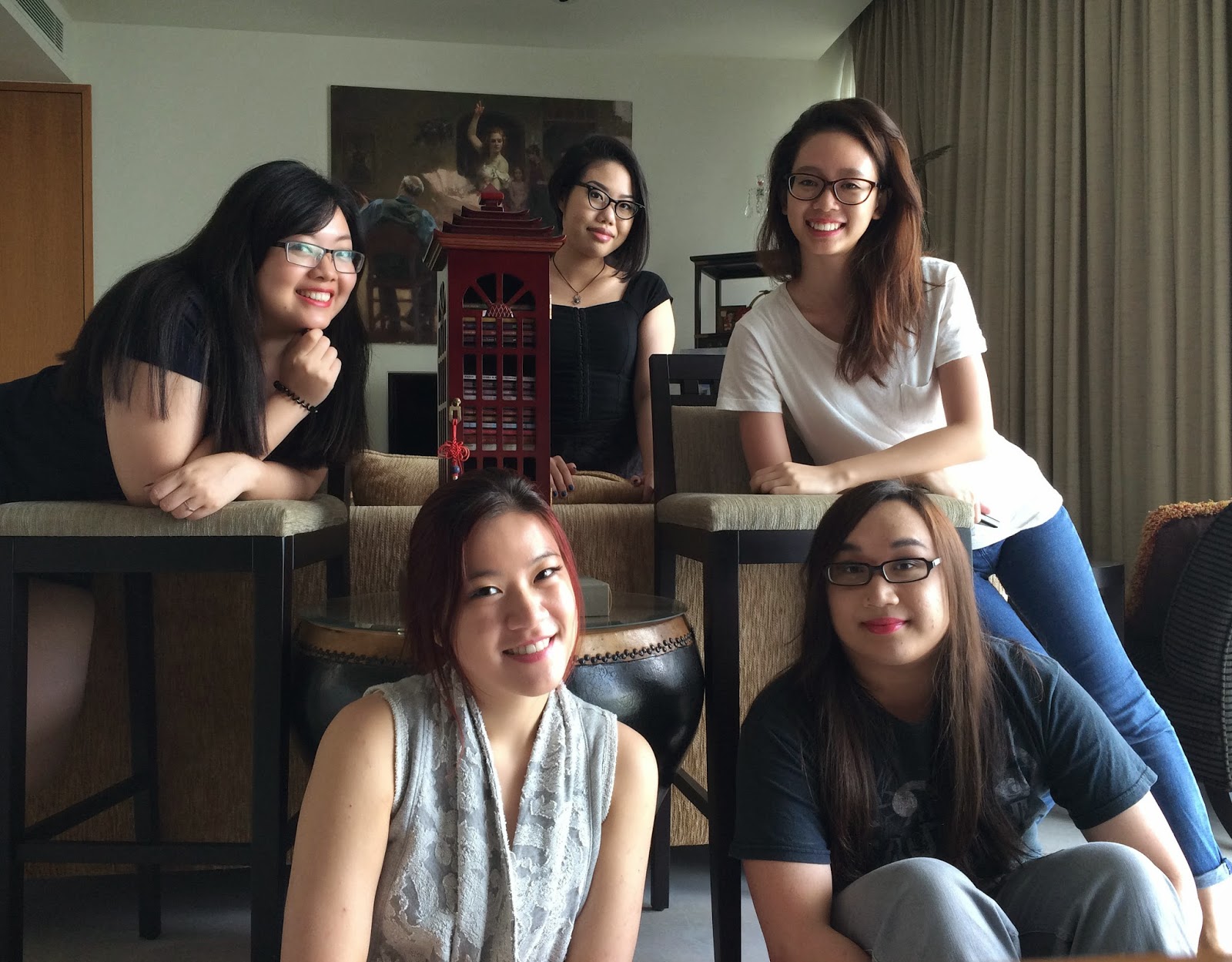 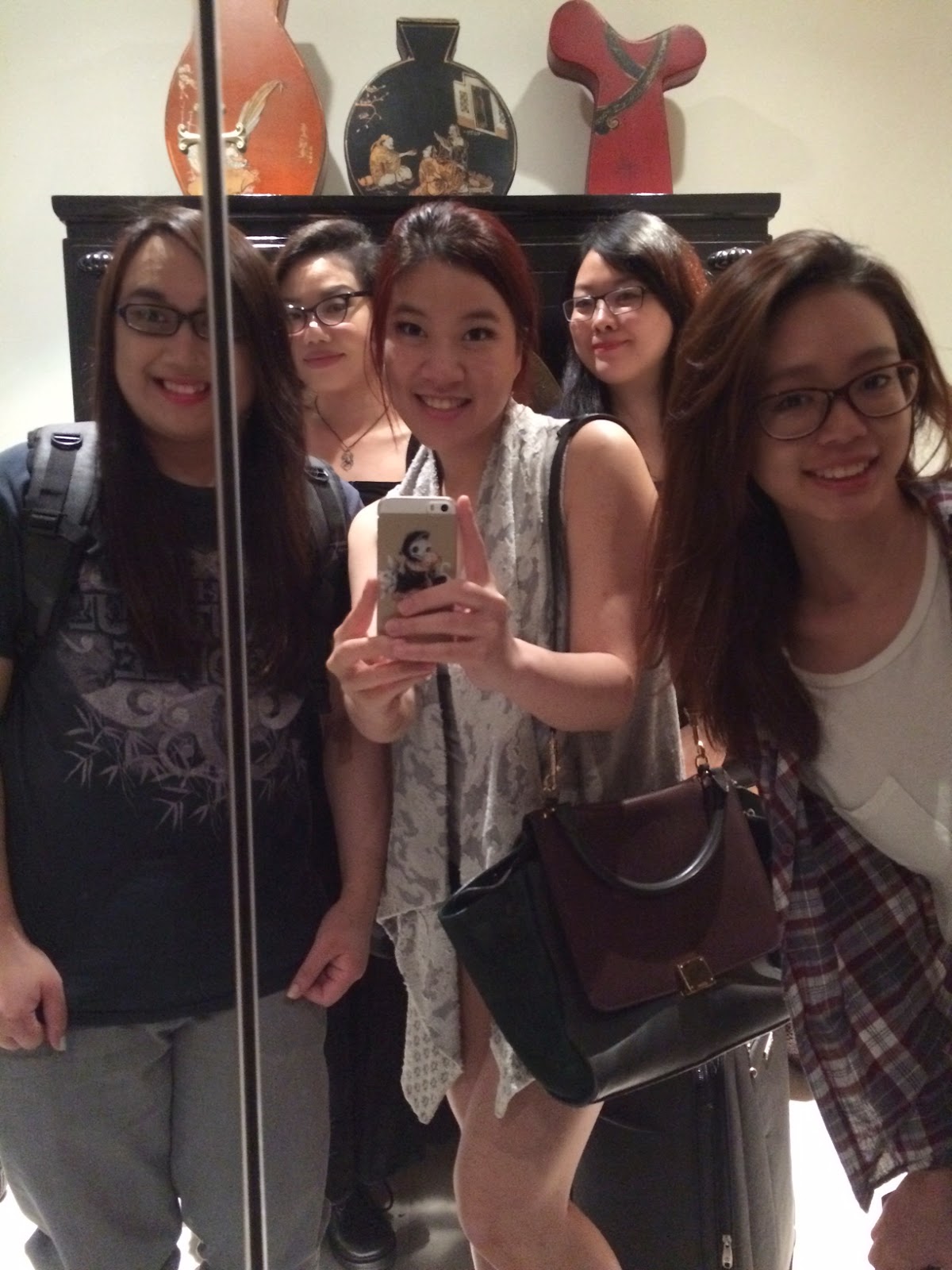 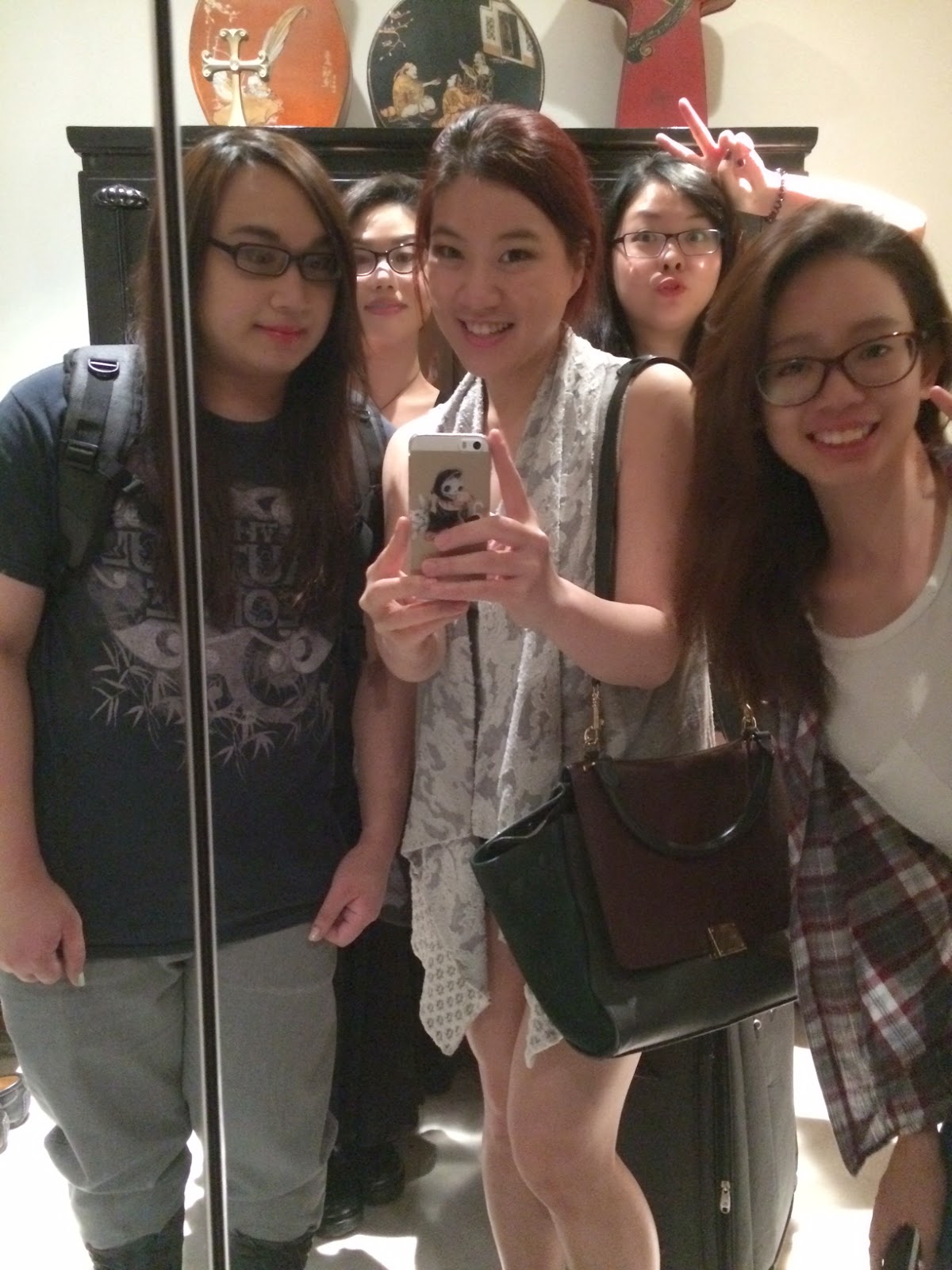 Posted by WorkingWithMonolids at 7:11 PM

Email ThisBlogThis!Share to TwitterShare to FacebookShare to Pinterest
Labels: DIY cosmetics, make up