The awesome /u/booperz sent me a package for no reason and O. M. G. This is what she gave me:
She's seriously awesome. I love her so much now.


So I'm slowly going through each brand and reviewing them. The first is My Pretty Zombie (MPZ), a brand I wanted to try out ages ago, but the international shipping price made me hesitate. So Booperz sent me a full-sized blush (Propoxyphene) and 2 eyeshadow samples (Grandma Cleavage, mNg no. 2), but I also have 1 MPZ eyeshadow sample (Scurvy) from a swap. 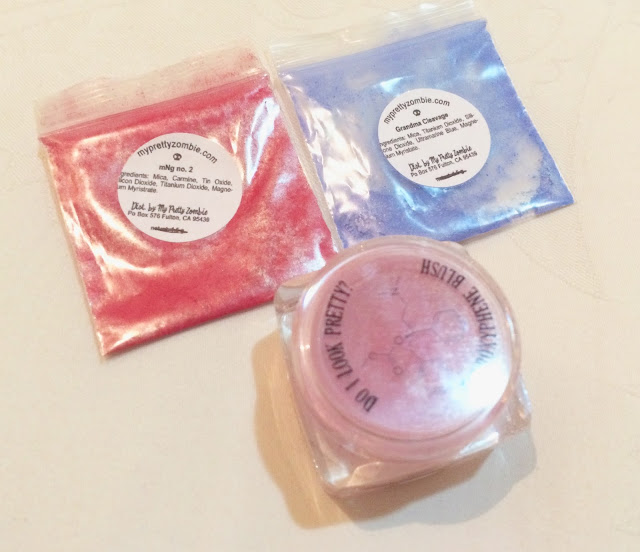 OMG, I love this blush. Now I know why MPZ's blushes are so popular! It's so smooth and blendable even though it's matte! I wear this so often now! And yes, it lasts as long as my BB Cream does.

Here's the swatch under natural light: 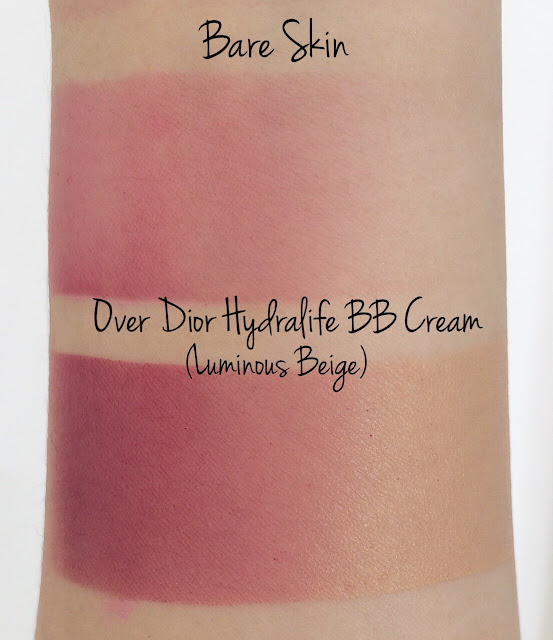 I wanted to show how it'll perform as a blush, so I swatched a solid block of colour on the left half and blended it into the right half. I noticed that it does need something to cling to, so it's kind of sheer and patchy over bare skin. Over my BB cream though, it's so smooth, even and blendable. Here's a face swatch! 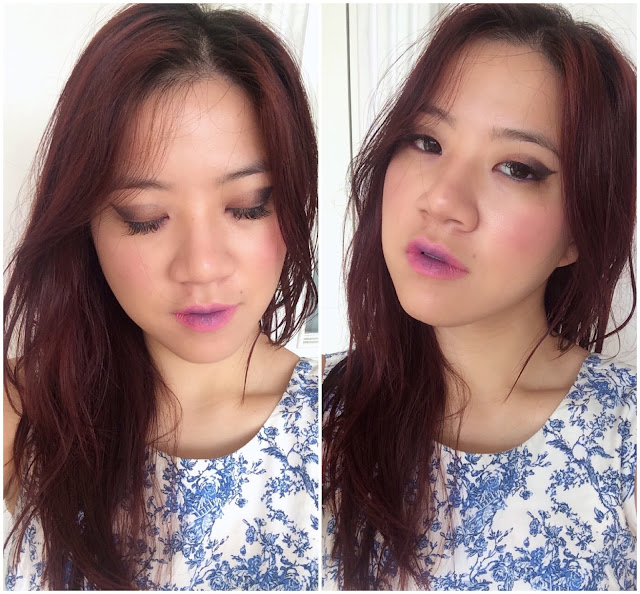 Here are the swatches under natural light:

I only have 3 colours so I hate making any sweeping assumptions, but holy crap. These eyeshadows perform well on primer alone! I love it! As much as I love using glitter glue, you can't really blend out the edges of glitter glue, so you're limited to graphic looks with hard edges. The duochrome do tend to go bald where my eyes crease by the end of the day when I'm only wearing primer (even the best indie eyeshadows do this), but the base colour stays put.

So here are 3 EOTDs, all of them over Eccentric Cosmetics' primer only.

My lids fold in like crazy, so that's why there's some bald patches in the duochrome effect.

Posted by WorkingWithMonolids at 3:15 AM

Email ThisBlogThis!Share to TwitterShare to FacebookShare to Pinterest
Labels: make up, My Pretty Zombie, Recommendation, review