Review & Swatches: 12 Colours from Pigment of My Imaginations Cosmetics

A new indie store, Pigment of My Imagination Cosmetics (POMI), just opened and I was sent all 12 of their colours for swatching and review. 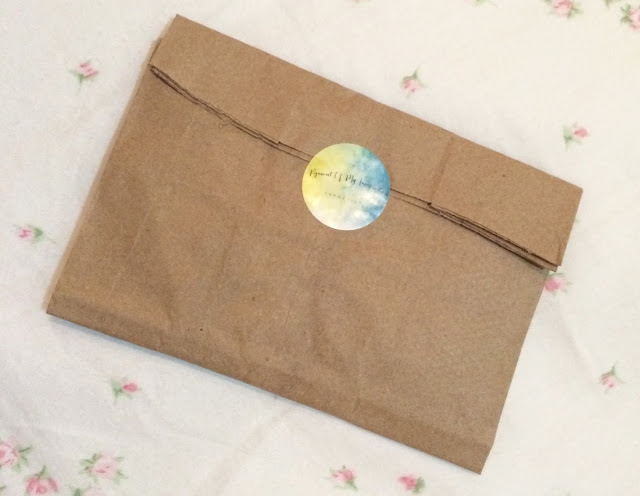 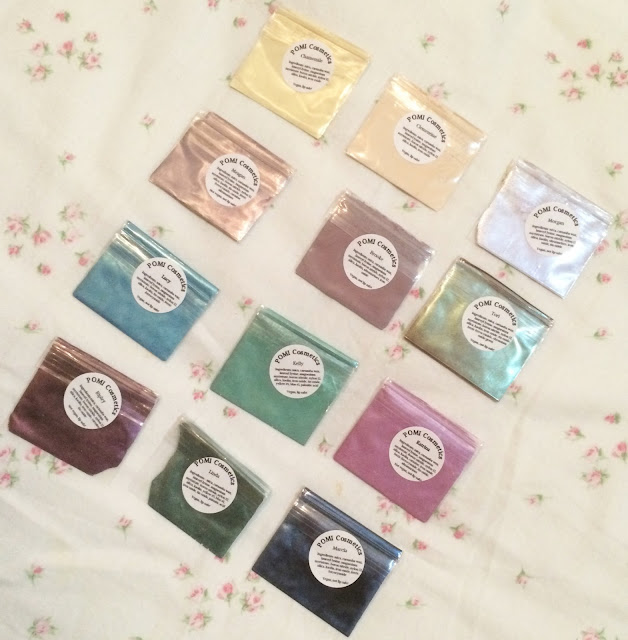 I can't really comment on the turnaround time since I got these as press samples, but I just have to share this with you guys. I have no idea what mail gods were at work, but I got these within 12 days. This never happens. Mail takes at least 3 weeks to get to Indonesia. Holy crap.

Anyway, I'm pretty impressed with the formula –they're smooth and really easy to blend, with very little fall out. I did find that the colours tend to sheer out too much for my liking when blended over primer only, but that's something that can be fixed by using a white eyeshadow base underneath. I also found some colours a bit hard to build up, but that's a common issue I've had with a lot of indie eyeshadows.

The formula of the matte shades are honestly one of my favourite indie matte formulas. They're very smooth, blendable and pigmented, even on bare skin. In fact, I prefer them over bare skin. I accidentally discovered that the formula seem to clash with UDPP's formula, and over UDPP, they end up caking and streaking. I didn't have this problem over Eccentric Cosmetics' primer though, and they go perfectly smooth and neat.

Yup, I picked the bare skin swatches for the matte eyeshadows' macro shots. I had to show off how great they looked over bare skin!

To avoid repeating myself too much in the detailed reviews, all colours are easy to blend and applies smoothly with minimal fall out unless stated otherwise. I'm only doing detailed reviews for colours that stand out in any way.

Morgan is slightly sheer and pigmented at the same time. It sounds confusing, but what I mean is that it's pretty light and sheer, but once you build it up or layer it over another colour, it really shines. I used this in the middle for a halo-eye look I did (pics below) and the effect was stunning.

Katrina has strong blue highlights that show up even when the colour is patted over another eyeshadow instead of over primer or glitter glue. I'm definitely impressed with this colour!

Tori looks like a Candied Apple dupe (I don't own Candied Apple so this is just based on swatches). The shift shows up vibrantly over glitter glue and subtly over primer, but I find that blending erases all of it.

Ripley does not build up that well and ends up too sheer when you're applying it over another eyeshadow. It does really well on it's own though, and makes a great liner.


For the matte swatches, I only did it over bare skin and primer under natural light, since there's no shift to show off. Here's the cake-y swatches I was talking about. This is only because something in these eyeshadows don't agree with UDPP. I have had 0 problems with these eyeshadows over Eccentric Cosmetics' primer and over bare skin.

Chamomile is a yellow-toned cream shade that's perfect as a base colour to blend your eyeshadows over if you have a lighter skin-toned. I've ended up using Chamomile & Clementine daily as a base shade, and they just make every colour blend so beautifully. They're both so smooth and so easy to use, even on bare skin. One of them will definitely be my HG base eyeshadow once I finish my current one!

Clementine performs exactly like Chamomile. It's more pink-toned, but somehow it blends seamlessly into my skin too. I think I'm just lucky I'm yellow-toned with some pink undertones. I really hope POMI comes up with more matte base shades so people with darker shades can have their perfect match too!

Brooke performs as beautifully as the other mattes. I personally love the colour most over bare skin.

All the looks I did below are either over primer or bare skin. I've been too lazy to put in the extra work to use glitter glue lately, especially since I think primer should be more than enough to make an eyeshadow look good if the formula's great. As you can see below, the results are good!

The mattes over bare skin...

Chamomile was the all over lid colour. Clementine is on my inner corners, but it kind of blends into Chamomile since the difference is to subtle to pick up under this lighting. Brook is the smoked out purple.

Sorry for the crappy shot, I was traveling and had to take this shot in a hurry in a bathroom at 5am. This was the only shot that was in focus. I love how well these perform over bare skin! The only downside of skimping on primer is that it fades by the end of the day, but I'll happily trade longevity for convenience.


The blues...
Kelly is the main colour on the lid, and Linda is blended on top of it. Marcia is blended into the outer half. The bottom lashline is lined with Lucy. Either Chamomile or Clementine was the base eyeshadow colour. 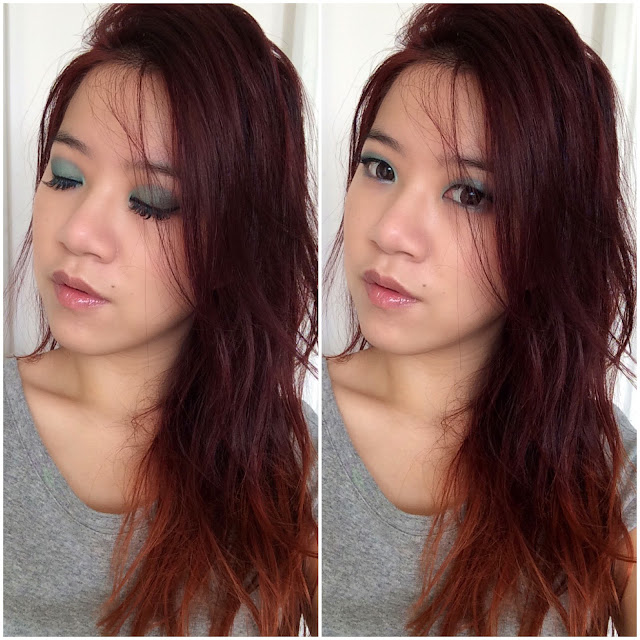 Halo eyes...
This is Tori, Ripley, Morgan and Meagan all blended into this halo look. This is what I'm talking about when I mentioned that Morgan is surprisingly sheer and pigmented at the same time. The purple tones of Meagan still peeks through, but holy crap Morgan really glows. The white part in the middle of my lower lashline is Morgan foiled with water. 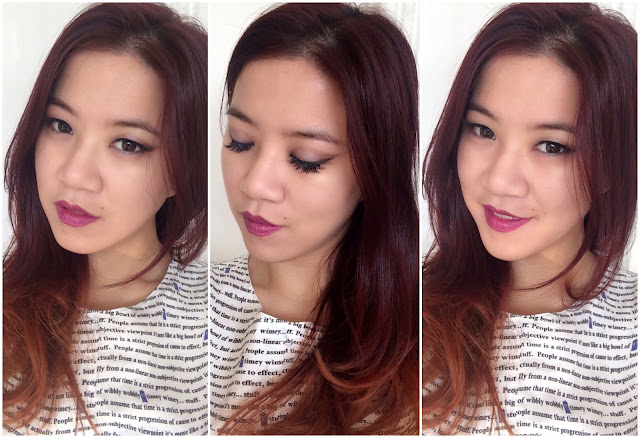 A subtle cut-crease...
The purple blended out is Brooke, as you can see, it blends so easily with 0 caking. Initially, I used Chamomile as the lid shade, but it blended so much with my skin, it looked like a negative space cut-crease. I ended up blending Katrina on top and that's the colour I got. I was so impressed the blue highlights stayed, even though I was blending the eyeshadow over another shadow instead of over primer/glitter glue.

Look how they blend!
I wanted to show how well the colours blend, so I blended Ripley & Lucy together. Unfortunately, they got a bit too sheered out thanks to my overenthusiastic blending. I had a hard time building the colour up again once it's this sheered out. The liner is Marcia foiled with water.


Posted by WorkingWithMonolids at 8:36 PM

Email ThisBlogThis!Share to TwitterShare to FacebookShare to Pinterest
Labels: make up, Pigment of My Imagination, review, swatches